After the 2017 elections, the hopes ordinary Angolans placed on President João Lourenço were so high that many regarded him as a gift from God. Next September, his predecessor, José Eduardo dos Santos, will finally step down from the leadership of the ruling MPLA, after 39 years. The combined imperial powers of the country’s presidency and of the MPLA will make João Lourenço the absolute ruler of Angola, and it does not bode well for the country.

The political partisanship of the army and the militarization of justice are two troubling trends seen since Lourenço took office. Both need to be addressed urgently before he gets comfortable with absolute power.

Initially, President Lourenço enjoyed a surge of popularity thanks to a strong anti-corruption stance. He fired his predecessor’s children from key positions, and ditched some other rotten apples. He also allowed for some other senior officials to be publicly named formal suspects in grand corruption cases, though no one has yet been arrested.

But these early hopes have been dashed by the appointments and promotions that President Lourenço has made, and his popularity has sunk with the same speed as he earned it.

For instance, last April he appointed his own brother, General Sequeira João Lourenço, as deputy head of the President’s Intelligence Bureau, which overseas the armed forces, the national police and the intelligence services. In February, Lourenço’s government sold state-owned planes (Beechcraft 900s) to the same brother’s air company, SJL Aeronáutica, without a public tender and for an undisclosed price. Through acts like this, the president has exposed himself as a hypocrite.

What is most worrying is how the President, himself a general, is endangering the already fragile cohesion of the Angolan Armed Forces (FAA) by handing it over to an MPLA apparatchik. The FAA originates from the 1992 integration of the former MPLA party-state People’s Armed Forces for the Liberation of Angola (FAPLA) and UNITA’s former guerrilla Armed Forces for the Liberation of Angola (FALA). The integrated army withstood the civil war that returned and ravaged the country for ten more years after its creation.

Recently, President Lourenço dismissed the chief of the General Staff of the FAA, General Geraldo Sachipengo Nunda: the former FALA officer to become head of the FAA. Abroad, the move was seen as another outstanding sweep of Dos Santos’ cronies and protégés and as another example of tackling high-level corruption. The general’s name was associated with a multi billion-dollar scam. He had had been previously asked by the attorney general to resign. In an exclusive to Maka Angola, General Nunda clarified his position and told how the attorney general had apologized to him for the formal announcement that he had been named a formal suspect in the scam. Legally, there was no case against him, only a political one.

General Nunda’s term was due to end in October, but the President sacked him in October and replaced him with General António Egídio de Sousa Santos “Disciplina”. The appointment sent shockwaves through the army and concerned sections within society who view General Santos as a largely political figure, with little aptitude for the job as head of the armed forces.

General Santos was previously deputy chief of the General Staff for Patriotic Education, which is the post-communist name for political commissariat. For two years until 2012, the general simultaneously held his position in the army and as a Central Committee member of the ruling MPLA: an unconstitutional situation. He is best known for his partisanship and opportunism and lust for partying. He has thrown two lavish parties within a week to celebrate his rise to the top job of the army.

In the 1980s, Lourenço headed the National Political Directorate of the FAPLA. It was in charge of all the political commissars and controlled the army on behalf of the MPLA, under the one-party system. Former political commissars have risen to the top leadership, and among them are: the current vice-president, Bornito de Sousa; the minister of state and head of the President’s Intelligence Bureau, General Pedro Sebastião; and now the head of the army, General Sousa Santos.

Minutes after being sworn in, General Sousa Santos showed the press how inept and incoherent he is. Asked about the reaction of the rank and file to his appointment and his priorities for the army, he replied: “Allow me to cite the Bible. I am the good shepherd, and I know my flock, and my flock recognizes me.” The sound bite went viral on social media where many in the army, including generals, openly expressed their disbelief, and ridiculed him aplenty. Angola is a secular state. The general, who holds a PhD in History, forgot that in his attempt to dodge a basic question.

Angola has an army of over 138,000 soldiers, and more than 600 generals on active duty. Retired generals are like mushrooms, too many to count.

General Sousa Santos is a wolf in a sheep’s clothing. Four years ago, in 2014, we wrote about a generals’ involvement in a triumvirate which aimed to destabilize the army by placing it under the partisan control of MPLA in the post-Dos Santos era.

At the time we wrote: “the secret discussion group aimed at fostering a climate of instability within the Angolan Armed Forces (FAA), in such a way as to justify purges. This strategy is known as the purification of the FAA.” The then head of the Military Intelligence and Security Service, General Zé Maria, led the group and the third party was Lieutenant-General João António Santana “Lungo” of the Security Studies Office within the Intelligence Bureau of the Presidency.

“The object of the scheme is to ensure that generals who were formerly with UNITA, then a rebel movement, and who joined the FAA as the result of peace accords are seen as loyal to the UNITA political leadership and therefore will be seen as a threat to the MPLA’s hold on power, particularly in the post-Dos Santos era.

“The main target of the intrigue is the current General Chief of Staff of the FAA, Geraldo Sachipengo Nunda, who left UNITA in 1993, joined the government forces, and was instrumental in destroying the war machine of his former commander, Jonas Savimbi. The rebel leader was killed in action in 2002, thus bringing the 27-year post-independence war to an end. Zé Maria and his allies are now circulating information within the FAA that Nunda is trying to promote ex-UNITA officers in order to make it easier for him eventually to seize power.”

According to the plotters at the time, the partisan control of the army by MPLA would be achieved with the appointment of General Sousa Santos to the top job. Such a plot had to be addressed among the top brass of the army, and it was General Nunda himself who prevailed against the others to maintain the cohesion of FAA, and the army as a pillar of peace and national unity. President Lourenço, against conventional wisdom, has adopted the plotters’ strategy. This must be denounced for the sake of peace and democracy. 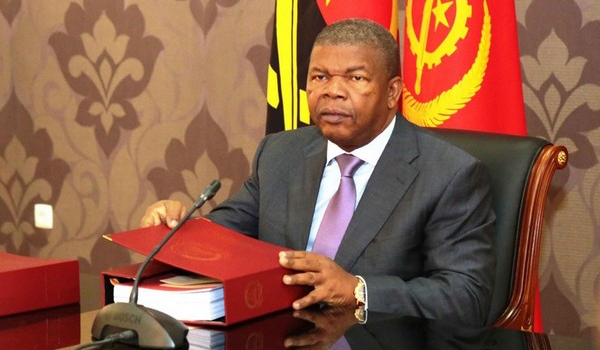 Meanwhile, President Lourenço has lost no time in creating yet several more generals, one of them already dead. On April 19, the president posthumously promoted Angola’s founding President Agostinho Neto, who died in 1979, to the rank of three-star general of the Angolan Armed Forces (FAA). President Lourenço also awarded the former President José Eduardo dos Santos the rank of three-star general, and retired him from active duty through Commander-in-Chief Order 9/18.

The family of the late president Neto publicly dismissed the gesture as unnecessary, and called on Lourenço to devote his attention to the living rather than the dead.

But what shows General Lourenço to be a troubling copycat of General Dos Santos (ret.) is the promotion of the Chief Justice of the Constitutional Court, Manuel Miguel da Costa Aragão, to the rank of Brigadier. The chief justice has been a civilian for decades, and was transferred from the Supreme Court, where he held the same position, on Lourenço’s orders. In 2012 President Dos Santos promoted the then-chief justice of the Supreme Court, Cristiano André, to the rank of Lieutenant-General.

President Lourenço is maintaining the militarization of justice. Last December he appointed General Hélder Pitta Grós, who is still on active duty, to the country’s attorney general.

The signs are mounting that President Lourenço is hiding his authoritarian claws behind the façade of his anti-corruption rhetoric. Little else is happening in the country besides smoke screens and the maintenance of the status quo. This is worrisome.

So far, the only clear strategy from the president seems to be the consolidation of his personal power.