Today Maka Angola can shed light on a relatively clumsy sleight of hand by the former Chairman of the Board and CEO of Sonangol USA. Step forward Baptista Sumbe, who occupied that position between 1997 and 2009.

But Baptista Sumbe didn’t really need a bank loan. He had already gone knocking on the door of Sonangol USA, the company in which he was Chairman of the Board. On November 1, 2006, Mr and Mrs Sumbe had arranged to borrow from Sonangol USA the sum of US $1,750,000 for their personal use. They wanted the money to build a six-bedroom, seven-bathroom mini-mansion with a swimming pool. Conveniently, Mr Sumbe’s position allowed him to authorize a company loan to himself.

Current real estate valuations estimate the house is now worth between $1.4 and 1.6 million dollars and official figures show that the actual cost of the build was barely one million dollars.

Within a year, the Compass Bank loan had been paid off. But not by Mr Sumbe. Documents dated March 7, 2007 show that the Compass Bank Vice-President Jeff Denney signed over the transfer of the mortgage… to Sonangol USA. This document was notarized by the notary public for Jefferson County, Alabama where the bank is based.

Subsequently, between February 12, 2009 and October 31, 2010, Mr and Mrs Sumbe, in their capacity as co-signatories to the line of credit from Sonangol USA, signed three subsequent contracts modifying and refinancing the initial loan, extending their debt to a total of $2,769,000.

Baptista Sumbe achieved this by arranging for one of his subordinates, Elma Almeida, Sonangol USA’s Vice-President for Administration and Finance, to sign off on these new contracts, which were duly notarized by Maricruz Pérez, the public notary for Harris County, Texas (which includes the city of Houston).

How did they get away with it? Well Rosa happens to be the sister of Francisco de Lemos José Maria, the man who was then the Chief Finance Officer for Sonangol Group back home and who in 2012 became Chairman of the Board and CEO until he was ousted in June 2016 by President dos Santos who installed his daughter instead. They kept it all in the family.

To date, an independent investigation underway in the United States has found no evidence that Baptista Sumbe has ever attempted to repay his debt to Sonangol, although under the terms of the contract it was due to be paid off in full in 2013. Investigators say “the house may have been just a vehicle for money-laundering”.

“He [Baptista Sumbe] may have used the pretext of the house to divert Sonangol profits under the guise of a credit for accommodation. This type of corrupt scheme is quite common in developing countries – they obtain loans through state institutions and then omit to pay them.” 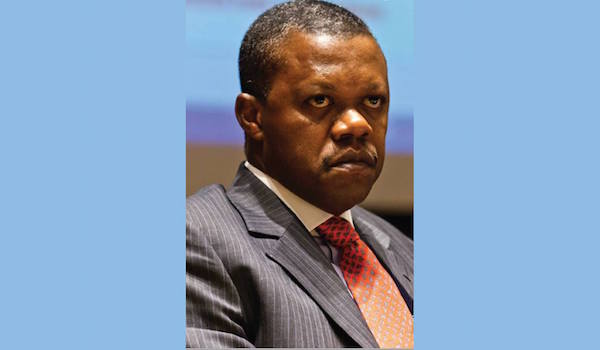 Down to the last cent

Baptista Sumbe is today one of the richest men in Angola, on a par with the President of Angola’s billionaire daughter, Isabel dos Santos, who has since been parachuted in to lead Sonangol. And yet for all the wealth they have accumulated, they still can’t bear to part with even what amounts to ‘chump change’ for them. Why pay back the US $2,769,000 if he can get away with it?

In recent months the state oil company has been in such dire straits it can’t even pay for even the most basic services, such as essential repairs to the elevators in its own luxurious headquarters. Half are out of order. For two months now, the company hasn’t even been able to afford to courier correspondence overseas, as its unwillingness (or inability) to pay for services rendered by DHL have led to DHL suspending their contract until the debt is paid off in full.

Shouldn’t it be a priority for Sonangol to call in any ‘loans’ such as the millions lent to Baptista Sumbe or to seize the inestimable assets “diverted” for their own ends by former bosses?

Fraud and abuse of trust

In spite of the ironic tone, the facts described above are indicators of two grave crimes against state patrimony: fraud and abuse of trust.

Fraud is defined in Article 452 of the Angolan Penal Code, as providing false or incomplete information to obtain money or advantage for oneself.

Abuse of Trust is defined in Article 453 of the Penal Code, as the use or retention by an official, or employee, of monies or assets held in trust for their employer, such as for example diverting money from a company in which you are a manager or administrator or in which you hold a position that allows you to gain access or give orders that permit access, to money.

Maka Angola’s legal adviser Rui Verde sums up the position: “These crimes are universal, and within the United States are grouped together within the category of Fraud (US Code Chapter 47). As this crime was committed on US territory and the money obtained was in US currency, it can be construed by the authorities there as a Federal offense, placing it under the jurisdiction of the FBI”.

Rui Verde says it is also perfectly feasible for the FBI to trigger the Justice Department Section on Asset Forfeiture and Money Laundering: “Alongside the criminal investigation, the FBI can simultaneously start the process to recover the assets and monies taken from Sonangol,” he says.

In fact, money and goods stolen from the Angolan public purse can be seized across the United States and the European Union, including Portugal. All that is required is to set in motion the international mechanisms provided for by the Financial Action Task Force (FATF-GAFI). For Angola’s state-sponsored fraudsters, the clock is ticking.