Standard Chartered Bank has reportedly declined to authorize a US $300,000 payment from the Angolan state-owned oil giant Sonangol to a Maltese-registered shell company named ‘Wise Intelligence Solutions’ on suspicion of money laundering, conflict of interest and corruption.

Information supplied to Maka Angola from sources in London, UK, shows that the private company’s registered owner is none other than Sonangol President Isabel dos Santos. She is the daughter of President José Eduardo dos Santos, who appointed her to the job last June, and the first female African billionaire. The sources say there are grounds to believe that ‘Wise’ is a shell company and that the transfer of funds was unjustifiable.

The six-figure payment to ‘Wise’ was purported to be payment for “consultancy services”. Presumably, the intent was to remunerate the firm’s sole employee: its director Mário Filipe Moreira Leite Silva. He is well known in Angola as the man who looks after Isabel’s assorted private companies and personal fortune.

The records list Isabel dos Santos with 99.9 percent of the stock in both companies, while her husband, Sindika Dokolo, has the symbolic 0.1 percent remainder in both. Several other companies linked to Isabel dos Santos are registered at the same address. They include Victoria Holdings, which partnered with the state-owned Sodiam, which has the exclusive right to market Angolan diamonds, in effect giving Isabel control of Angola’s “other” main commodity.

Until very recently, neither of her ‘Wise’ companies reported any commercial activity at all. The only transactions were deposits by Isabel dos Santos in 2012 and 2013 (of 22,390 Euros and 17,486 Euros respectively) to cover the administrative costs of these two ‘ghost’ companies. That included the sum of 7,080 Euros a year to pay the (symbolic) salary of Mário Silva, in his role as director, and sole employee, of the two ‘Wise’ companies.

This is the same Mário Leite Silva who is working out of the Sonangol office on a daily basis, during regular business hours, dealing with both his boss’s private business empire and her public sector role in Sonangol.

Witnesses say he is operating as Isabel’s unofficial chief of staff at Sonangol, chairing the Executive Board meetings, and issuing orders in Isabel’s name.

Isn’t it somewhat odd that a man who manages more than 40 of Isabel’s private companies, as well as overseeing a fortune estimated by Forbes magazine to be worth more than three billion US dollars, should be doing this? No doubt, this conflict of interest is what forced Standard Chartered to “wise up”. 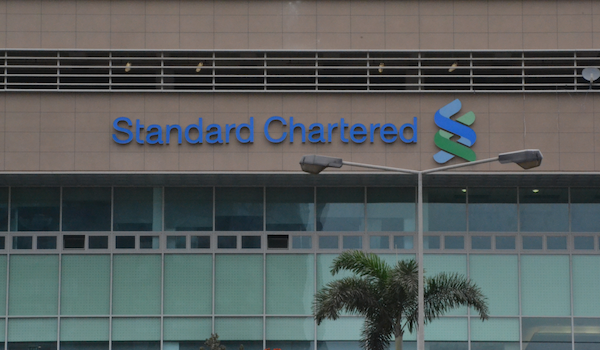