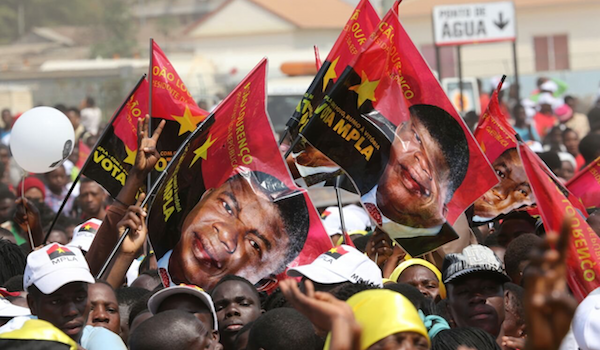 Of the more than 1.1 million votes already counted, the ruling MPLA has 51%, followed by UNITA with 36% and CASA-CE with 11%. These results reflect a parallel count carried out by UNITA based on official copies that it has obtained of the results posted by individual polling stations.

Half of the votes already counted are in Luanda. In the capital city the MPLA and UNITA are neck-and-neck with 40% each, followed by CASA-CE with 13.6%.

These Luanda results do not include the most populous districts, Viana and Cacuaco, where the opposition is strongest. So far, the count from these districts suggests that UNITA is heading for a large majority.

Maka Angola has learned that the National Electoral Commission (CNE) has stopped releasing provisional results, on the orders of the President of the Republic. The MPLA has expressed surprise at the results. If the trend of increasing opposition votes continues, the ruling party could end up with less than 50%.

The CNE met until 3 am on Thursday and decided to hold new elections on Saturday in places where the vote did not take place on Wednesday in Lunda Norte, Moxico and Benguela provinces. A CNE source promised that Saturday’s vote would not affect the overall results.

Despite controlling and manipulating the electoral process, the MPLA has not managed to hide the results or prevent the opposition from carrying out a parallel count. The ruling party could be heading for embarrassment.