Angola’s central bank, the Banco Nacional de Angola (BNA) has failed to produce its accounts for the second year running, with the current BNA Governor, José de Lima Massano, forced to issue a written explanation to the Angolan President.

In so doing, Massano has brought to light a convoluted financial arrangement, sanctioned by one of his predecessors, in which the BNA unlawfully acted as guarantor for a US $200 million foreign loan for a private bank, the Banco de Negócios Internacional (BNI). Angola’s Banking Laws authorize the BNA to intervene to help a private bank only as a lender of last resort to inject liquidity during a temporary crisis, and only on condition that the private bank has sufficient collateral in non-liquid assets. The BNI case did not meet the criteria on any count.

It is further alleged that the loan was obtained under false pretences, and that the BNI did not use the loan funds for their contractually-agreed purpose of funding social housing, but instead unlawfully diverted some or all of the funds into a subsidiary offshore financial institution in Cape Verde, set up and wholly owned by BNI shareholders.

BNI subsequently defaulted on the repayments, leaving the BNA burdened with the bad debt. It has led to calls for a full criminal investigation.

Keeping it all in the (presidential) family

The bank’s founder and majority shareholder was Mário Palhares, a former BNA Deputy Governor. Other shareholders included the son of José Pedro de Morais Júnior (who would briefly serve as BNA Governor in 2015-16).

The BNI obtained its licence to operate in 2006 and immediately looked overseas for funding, finally arranging a US $200 million loan from the Banco Português de Negócios (BPN) for the exclusive purpose of providing mortgages for social housing and agriculture. As surety, it arranged for the BPN loan to be backed by a BNA guarantee, offered by Amadeu Maurício, the governor at that time. In exchange, the BNI offered as collateral to the BNA a lien on the mortgages of the real estate to be funded by the loan.

Five years later, the BNI had repaid only US $39 million and was failing to meet the repayment schedule. BPN became insolvent and was temporarily nationalized by the Portuguese government before being sold on for 40 million Euros to BIC Angola, a bank headed by President Dos Santos’s eldest daughter, Isabel. Shortly afterwards the BPN’s name was changed to BIC, then changed again to EuroBic. As BNI was technically in default, the creditor (formerly the BPN, now reincarnated as EuroBic) called in the BNA guarantee.

Thus the Banco Nacional de Angola found itself required to cough up US $161 million to a private bank whose majority shareholder was their President’s daughter, Isabel, to settle a debt incurred by another private bank involving two more of his children as shareholders.

Such convolutions may sound familiar to those with a forensic interest in the intricate web of the Dos Santos family’s financial affairs. Presidential family members and their military and political allies routinely joined together in varying formations to create a network of business alliances. All the participants made stratospheric fortunes. Regulatory oversight of the resulting sprawl of enterprises was non-existent.

The primary qualification for setting up a new bank or business in Angola was to secure with inflated remuneration one or more of the Dos Santos cohort as a shareholder or silent partner. The BNI set up was therefore unremarkable. The shareholders in BNI from the start had set up an offshore subsidiary in Cape Verde: the Banco Privado Internacional, IFI, S.A. (BPI). This allowed them to “reinvest” (or divert) funds into BPI, allegedly for their own benefit. 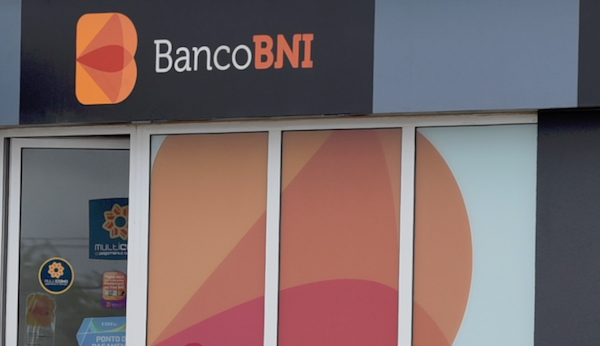 Unsurprisingly, many of the Dos Santos cohort are wanted in various jurisdictions on suspicion of fraud, money-laundering and other financial crimes. Two Dos Santos appointees as BNA Governors, Amadeu Maurício (2002-2009) and José Pedro de Morais Júnior (2015-16) are accused of involvement in a US $45 million fraud and corruption investigation in France and Brazil. A third, Valter Filipe (2016-2017) is implicated in an attempt by another of the Dos Santos sons, Zenú, to defraud the state, thwarted by the financial authorities in the UK.

Maka Angola was unable to find evidence of BNI investment in social housing or agricultural projects. However one project it did finance was an exclusive residential condominium where Isabel dos Santos, Mário Palhares, Amadeu Maurício, José Pedro de Morais Jr. and even José de Lima Massano all have luxury residences.

Meanwhile, the Banco Nacional de Angola had ceased to be the BNI’s guarantor and become its creditor, having settled the outstanding US $161 million of the Portuguese loan with EuroBic. The records show that the BNI undertook to repay this sum over four years with annual interest of 2.8% from January 2013. The BNI set up a fiduciary instrument, named Depósito Angola+4YR 2012 for the repayment schedule, recording it as an asset so the BNA would not have a US $146 million-shaped hole in its accounts.

After repaying a mere US $15 million, the BNI sought a variance, to extend the repayment period to six years at 3% interest from 2014. The BNA agreed to this too.

The BNI offered as security for the debt, three Luanda real estate properties listed in the accounts as “assets not for personal use” and appraised as being worth US $44 million which BNI claimed was equivalent to 30% of the value of the debt, added to future accounts receivable from a firm named Mar Grandioso (the promoter of China Dreal Group’s Jardim de Rosas condos) and others “for the future contractual value of property sales in Angola amounting to US $90 million.”

In 2015 José Pedro de Morais Jr. took over as Governor of the National Bank of Angola. His son Ivan Leite de Morais held 5.39% of BNI stock. Within the year, the BNI asked the BNA “not to register any imbalance regarding the “operation” (the US $146 million debt) in order to balance its accounts and to create an investment vehicle for the BNI to transfer their assets, both passive (existing deposits) and active (property projects). Handily, the BNI already had such a vehicle, in Cape Verde.

In March 2017 the BNA asked BNI for an updated appraisal of the properties it was now offering as active assets to pay off the debt. These were the plots of land in Luanda that the BNI had initially valued at US US $44 million in 2014 at the height of the property boom in Angola.

The 2017 land appraisal was conducted by a firm named Proprime Lda., a company that had previously made stratospheric appraisals of land (the 2013 Escom scandal, in which land was fraudulently sold to five ghost companies for US $500 million). Proprime appraised the three lots as worth US $179 million, even though the property market had plummeted.

The National Bank rejected BNI’s offer as advantageous only to BNI.

BNI Chief Mário Palhares argued that the BNA, under José Pedro de Morais Júnior, had already given approval to the scheme “for early repayment by means of a parcel of active assets located in Angola and the BPI/Cape Verde’s corresponding rights to them.” But with Valter Filipe in charge, the National Bank demurred, demanding the BNI comply with the terms of the repayment agreement.

Instead, the BNA was outmanoeuvred. In 2016, Angola’s Finance Ministry had set up Recredit, with two billion Euros from state funds, to buy up any bad debt owned by state enterprises and commercial banks.

By June 2017, BNI had signed an agreement with Recredit Asset Management to take over its debt to the BNA. This transferred legal responsibility to Recredit to pay off the debt in Angolan Kwanzas, a risible amount when compared to the real sum in US dollars.

For the BNA this still left an embarrassing hole in its annual accounts that it did not want to make public – until asked by President João Lourenço to provide a full explanation. Angola now awaits his reaction.