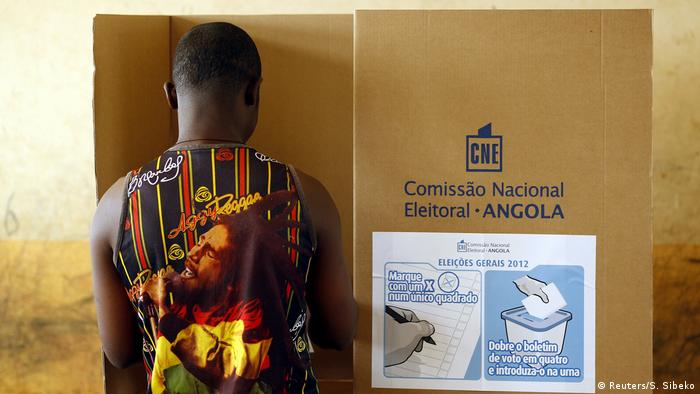 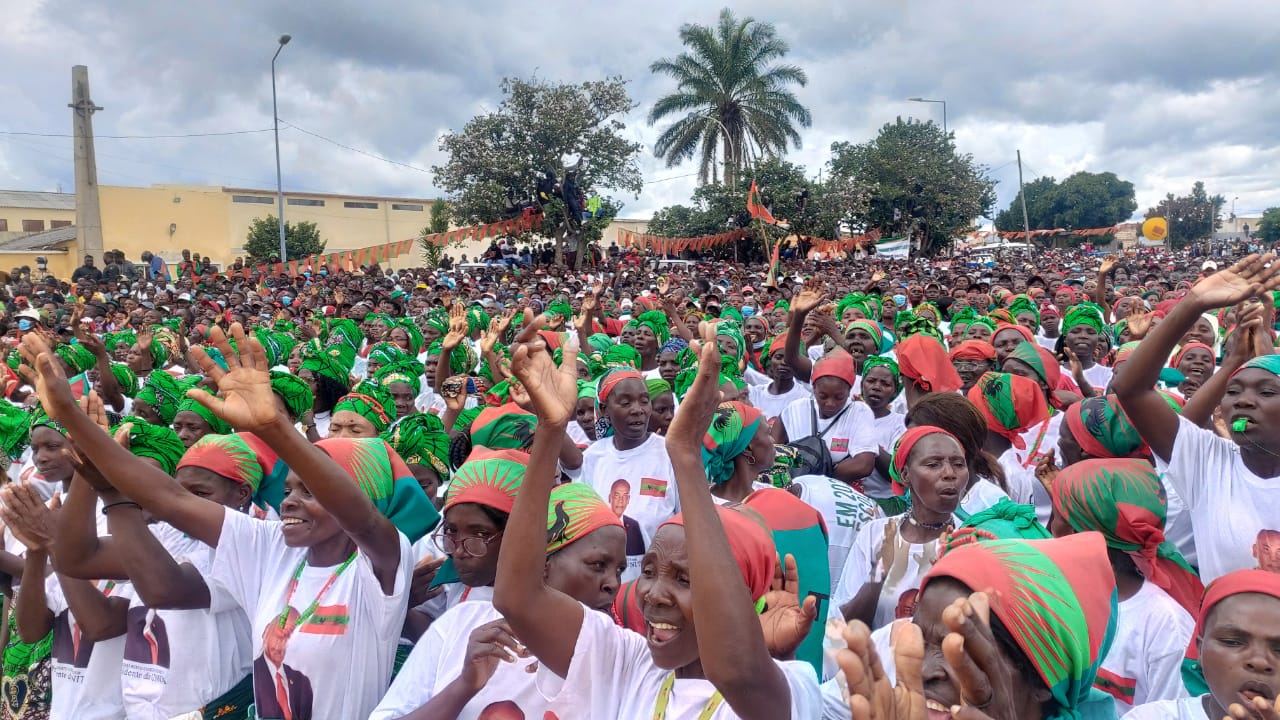 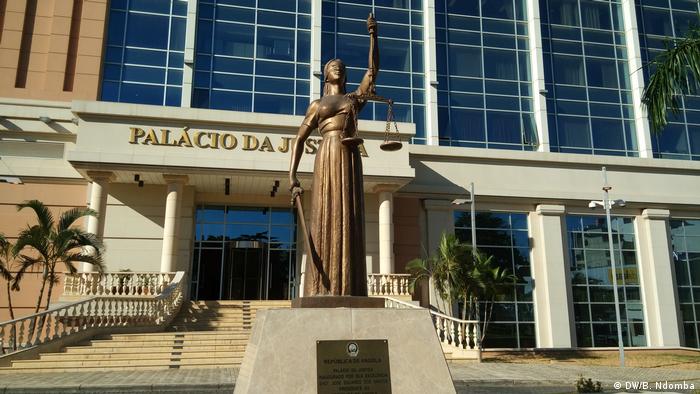 Allegations of corruption have re-surfaced against the head of Angola’s largest private bank, the BAI (Banco Angolano de Investimentos),after a formal criminal complaint against Board Chair José Carlos de Castro Paiva was lodged with the Angolan Attorney-General on Monday.  Paiva is alleged to have diverted state assets worth millions of US dollars into private shell companies and bank accounts, to benefit himself and others linked to the discredited former President, José Eduardo dos Santos. The formal complaint, citing instances of Paiva’s alleged money laundering and illegal diversion of public funds, was submitted by investigative journalist Rafael Marques and sociologist Tânia de Carvalho, to demand the Office of the Attorney-General launch a comprehensive investigation. Previous allegations against Paiva have not been followed up in Angola.  Alleged to have been one of the key facilitators of the wholesale looting of public money by the former Angolan regime, Paiva joined the state oil […]

END_OF_DOCUMENT_TOKEN_TO_BE_REPLACED

‘MISERY AND MAGIC FUEL MAYHEM IN CAFUNFO’: A new book from Angolan journalist and human rights defender Rafael Marques reveals why a supposedly ‘peaceful protest’ in a diamond-rich but dirt-poor north-eastern town erupted into bloody violence and shocked the nation. (Read full book here.)  Amid public outrage, there were claims that the security forces had used excessive force against peaceful demonstrators – but the truth lay elsewhere. “Within a day of the news of terrible bloodshed during a protest march in the diamond-mining town of Cafunfo, some people had already drawn conclusions,” says Rafael Marques.  “It took me months of investigation to get to the truth.” The undisputable facts were these:  when participants in a banned march clashed with security forces in Cafunfo on January 30th, 2021, at least a dozen people were killed and many more were injured.  Two members of the security forces were lucky to survive a […]

END_OF_DOCUMENT_TOKEN_TO_BE_REPLACED

Angola’s Attorney-General has been asked to open an immediate criminal investigation into a multi-million-dollar real estate deal involving the Angolan Transport Minister and a close friend.  It is alleged the deal not only violated the Law on Public Probity but may also have involved a conspiracy to defraud the government of tens of millions of dollars.  Maka Angola‘s Rafael Marques reports on a burgeoning scandal. In September 2021, the office of the President of Angola issued Decree 159/21 authorizing the purchase of two privately-owned buildings (the Welwitschia Business Centre and the Chicala) in the capital, Luanda, at a total cost of 114 million US dollars to provide office space for the Ministry of Transport and a Regulatory Agency.  A subsequent investigation by Rafael Marques of Maka Angola, has reported to the Attorney-General’s Office allegations that a)  the buildings, which include luxury penthouse residential space, were not fit for the purpose […]

END_OF_DOCUMENT_TOKEN_TO_BE_REPLACED

PRESS RELEASE Lucapa The third phase of training for about 350 Defence and Security staff took place in Lucapa municipality on Friday, conducted by the General Command of the Angola National Police and the UFOLO Research Centre. The series of seminars addresses the correct and legal use of coercion (including firearms) and the protection of human rights. There were also sessions about good public service and models of police practice, as well as community policing. The last issue involves the observance of the rules and procedures during public meetings or demonstrations in the light of the Constitution and other current legislation. The head of the National Police’s Department of Policing and Public Order, Superintendent Cláudio Tchivela, stated that “the police forces must act in a more proportionate manner, without causing damage to the population, whenever a confrontation is inevitable”. Trainees also learned essential ideas about the best procedures to prevent […]

END_OF_DOCUMENT_TOKEN_TO_BE_REPLACED

New York, October 27, 2020 — Angolan police should stop arresting and assaulting journalists and allow them to do their jobs freely, the Committee to Protect Journalists said today. At least six journalists and one media worker were arrested – with four held for more than two days – and another was harassed while covering anti-government protests by civil society groups and opposition parties in the capital, Luanda, on October 24, according to news reports and Teixeira Candido, secretary general of the Union of Angolan Journalists (SJA), who spoke with CPJ via messaging app. All those detained were released without charge, Candido said. “Angolan authorities must stop harassing and detaining journalists who are simply doing their work and must allow them to report freely,” said Angela Quintal, CPJ’s Africa program coordinator. “That three of the detained journalists and a driver were finally released without charge after more than two days in custody shows […]

END_OF_DOCUMENT_TOKEN_TO_BE_REPLACED

Really? Carlos Manuel de São Vicente is currently a jailbird. On September 23 he was remanded in custody in Viana prison (Luanda) awaiting trial, where conditions might soon make him forget his ill-gotten billions. One by one, the bit-part players in the Dos Santos kleptocracy are being taken down, evidence of their crimes adding up against the long-ruling kleptocrat-in-chief who oversaw the outrageous theft of tens of billions of dollars of Angolan patrimony. It’s no easy matter to bring a former president to justice – especially one who secured a permanent amnesty for his actions – but the wheels of justice are turning inexorably towards his family, friends and former colleagues. Angola’s first President, Dr Agostinho Neto, must be spinning in his grave. None other than his own daughter and son-in-law’s names have been added to the long, LONG, list of “illustrious” Angolan politicians and officials accused of corruption, embezzlement […]

END_OF_DOCUMENT_TOKEN_TO_BE_REPLACED

An armed attack on a prison in the north-eastern Angolan province of Lunda-Sul which resulted in the deaths of at least five people, has been blamed on a misguided attempt to free a self-styled independence leader. Responsibility for the attack is said to lie with a man calling himself “Commander Thunderclap” (*see below) who says it is the opening salvo in a liberation war for the independence of the Lundas.  The diamond-rich region comprises twin provinces – North Lunda (Norte) and South Lunda (Sul), largely inhabited by descendants of the Tchokwe nation.  It is no stranger to separatism.  Local communities have long displayed discontent with Angola’s central government.  While politicians, generals and foreign interests have carved out immense fortunes over decades, the lot of local people has not improved since colonial times, leading to simmering resentment and a growing appetite for self-rule.  Zero tolerance for separatism The Angolan authorities are […]